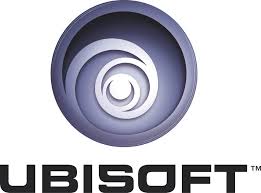 have designed yet another way to attract the average gamer to pre order a game without hesitation. With the (re)-invention of a Spin-To-Win, for prizes such as game loot both physical and digital along side  trips to Canada and France they have single handedly upped the bar on how far other developers need to go to entice pre-order gamers, If you are the type to think before you jump, this could be your mark, on the other hand, if you’re the adrenaline seeker – You might have just found the rush you’re looking for. Those people which pre-order gain 5 spins every week from release date, where-as the standard post-release customer will only recieve JUST ONE (PERIOD).
Outside the box: If something’s too good to be true – then it probably is.
My perspective on pre-ordering is it encourages more Marketing meaning, Marketing>>Trailers>>Actual Game
To break that down – It more or less encourages the developers to better the dynamic scripting, certain animations, locations and specific people ( or models – whichever level of game development knowledge you’re at, I’ll just make it easy to read it all without confusion)

I do admit – I do my fair share of pre-ordering, but there is a general rule of thumb of mine, they are generally platform exclusives, there is an available and decent source of gameplay footage and it’s worth the money and isn’t just another niche for people to glomp all over, when all it is is really just a good game.